How does the Cosmos blockchain work? What's the use?

Cosmos is an ecosystem blockchain that can expand and interoperate with each other. The previous blockchains were independent and could not communicate with each other; They are difficult to build and can handle only a few transactions per second. Cosmos solves these problems with a new technical perspective. In addition, Cosmos has called itself "blockchain Internet". The complex architecture of the project enables developers to create different blockchains in the ecosystem of Cosmos. This article describes the operation principle of Cosmos and what the system tools are. 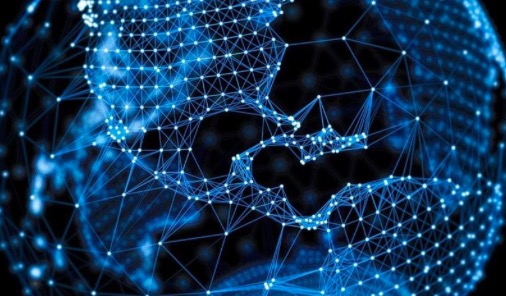 1、 How does Cosmos work?

The universe is divided into "center" and "region", which helps the blockchain maintain its sovereignty while gaining the benefits of the universe ecosystem. For example:

Region: A region is an independent blockchain project in the universe. The universe network also refers to regions as "application specific blockchains"

Peg Zones: Peg zones is a special blockchain, which is connected to networks outside the universe network. For example, Cosmos is working to create a link area between Bitcoin and Ethereum.

Hub: A hub is a blockchain that acts as a communication bridge between different regions. The universe hub is the first hub launched in 2019 and the central connection point of each universe blockchain.

2、 What is the use of cosmic ecosystems?

Cosmos provides developers with a set of tools to create their blockchain projects. Here are some examples:

Tenderment Core refers to open source software that protects the universe network. This distributed system runs on the PoS algorithm, which requires nodes to "bet" on local cryptocurrencies to verify transactions. Here, the verifier needs to lock the ATOM currency of Cosmos to protect the network and receive encrypted rewards. This software is different from other PoS chains because it is independent of the application layer. The core algorithm of Tendermint only deals with the basic protocol agreed between the verifier nodes.

Unlike the whole blockchain similar to Bitcoin, the ecosystem of Cosmos is neither independent nor interdependent. On the contrary, Cosmos uses the separation between the Tendermint core and the application layer to provide a modular blockchain on which developers can build more easily. The developers designed this algorithm as Byzantine Fault Tolerant (BFT), which means that it will continue to run even if 33% of nodes fail. Tendermint Core also provides instant closure for all transactions.

In contrast, developers built on Ethereum cannot separate their projects from Ethereum mainnet. Each dApp on Ethereum is directly connected to the main blockchain consensus mechanism. Unlike Cosmos, Ethereum developers must consider ETH gas charges and potential network congestion. In addition, Ethereum uses the Solidity encoding language, while Cosmos's ACBI allows developers to choose from a variety of programming languages.

Cosmos provides an open source SDK (Software Development Kit) to encourage more blockchain developers to build its ecosystem. Similar to the SDKs of large technology companies such as Apple and Microsoft, the Cosmos SDK includes some tools to provide developers with a framework for building blockchains in ACBI.

With the documents and Go coding examples in the Cosmos SDK, Web3 coders can more easily write and deploy PoS blockchains in Cosmos. Developers can also get enhanced functions and data feeds by connecting other projects, so as to enjoy blockchain interoperability on Cosmos.

To sum up, how does Cosmos work? What are the encryption system tools? The answer to these two questions. Cosmos's vision is to enable developers to easily build blockchains and break down barriers between blockchains by allowing blockchains to trade with each other. The ultimate goal is to create a blockchain Internet, a blockchain network that can communicate with each other in a decentralized way.

What does decentralized mean in blockchain? Benefit of decentralization