What is a Bitcoin node? What's the use of Bitcoin all nodes?

In the currency circle, when it comes to Bitcoin, we are all familiar with it. Bitcoin can be said to be the beginning for investors to step into the currency circle. So, since we invest in Bitcoin, we need to be clear about the relevant content of Bitcoin. Many novice investors do not know much about Bitcoin nodes. Now, let's follow the short story. 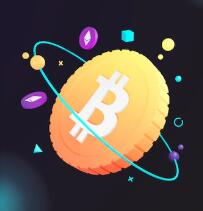 What is a Bitcoin node?

The term "Bitcoin node" is used to describe a class of programs that interact with the Bitcoin network in a specific way. The node can be a mobile phone that operates the Bitcoin wallet, or a dedicated computer that stores the complete records of the Bitcoin blockchain.

The nodes are divided into different categories and each performs its own specific function. All these nodes are the communication points of the network, transmitting the transaction and block information in the network to each other.

The whole node is responsible for detecting whether transactions and blocks meet specific requirements (i.e. whether they are effective). Most of the whole nodes will operate "Bitcoin Key" software - this is the reference completion of Bitcoin protocol.

The whole node is the key to maintain the decentralization of Bitcoin. They are responsible for downloading, verifying blocks and transactions, and broadcasting relevant information to the entire network. Because each node independently checks the authenticity of information, customers do not need to rely on a third party to do anything in the network,

The whole node that stores the complete records of the blockchain becomes the "complete archive node". Some users will lose old blocks and save storage space - the Bitcoin blockchain contains more than 200GB of transaction data.

Light nodes are inferior to all nodes in execution capacity, but the resource requirements of the former are also relatively low. Users can connect to the network according to light nodes without having to operate all functions of the whole node.

All nodes must download all blocks and verify them one by one. Light nodes only need to download part of each block (also known as "block header"). Although the volume of the block header is small, it contains sufficient information to allow users to query the actual block where the transaction is located.

Light nodes are ideal for devices limited by bandwidth or storage space. Therefore, light nodes are common in desktop computers and mobile wallets. Since the verification cannot be carried out, light nodes can only rely on the whole node.

On the basis of the whole node, the mining node should implement another task: building blocks. As mentioned above, mining must have special machines and software to add new data to the blockchain.

The mining node will hash the collected transactions to be processed with other information to get a value. If the value is less than the target threshold set by the protocol, the block is considered valid and can be broadcast to other nodes.

If mining is to be carried out separately, miners must first operate the whole node role. Otherwise, the miners could not know the transaction information in the block.

If participants want to mine but cannot run the whole node function, they can connect to the server to obtain the required information. For example, the ore pool (that is, cooperating with other nodes) only requires one node to operate the full node function.

What is the role of Bitcoin all nodes?

In order to maintain the security of the whole Bitcoin system, it is necessary to increase the number of nodes to a certain extent. As a decentralized P2P network, a large number of more decentralized nodes can ensure that the system can withstand sudden technical shocks.

Speaking of this, I believe you have a certain understanding of the Bitcoin node and the role of all Bitcoin nodes. In general, with the opening of the blockchain application year in 2018, more and more public chains and underlying technologies need to provide global public chain all node services, and they need to be provided by a third party to be more secure and convenient, which is also more consistent with Nakamoto's decentralization theory. In general, the greater the number of Bitcoin nodes, the greater the network security.