How does the FTX incident affect miners and mining industry?

Investors in the currency circle believe that they have already known about the recent FTX event, which can be said to have caused a lot of uproar. With the devastating collapse of FTX Exchange, the digital currency field has experienced the collapse of Mt Gox's most shocking custodian company. So, what did it experience in the week after the FTX event? What impact will the FTX incident bring to the miners and mining industry? Next, let's have a look. 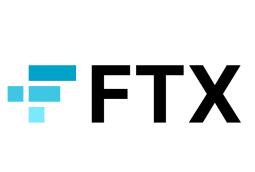 What did FTX experience in a week?

FTX, a cryptocurrency exchange with more than 1 million users, was founded by Sam Bankman Fried and Gary Wang in May 2019. The exchange has a strong position in the cryptocurrency industry, and has completed a financing of $400 million from Soft Bank and other investors with a valuation of $32 billion.

His act of extending a helping hand to the distressed cryptocurrency enterprises in the summer of 2022 has also established a good reputation among the regulators and cryptocurrency market participants. From this point of view, everything in FTX seems to be going well. Until the beginning of November 2022, the situation began to collapse.

It is noteworthy, surprising and disappointing that something will happen in the digital currency industry from November 6 to 14, 2022. In just one week, FTX.com, one of the most popular exchanges with the highest trading volume, has experienced:

·The acquisition negotiation with the competitor, Yuan'an, ended in failure.

·It was found that the shortage of customer funds was between 8 billion and 10 billion dollars.

·It is reported that their exchange wallet has been hacked for 500 million dollars.

·Apply for bankruptcy protection together with FTXUS, a sister enterprise.

·Exposed the malfeasance of Alameda/FTX entity.

Such a thing is a great blow to the industry, which makes millions of customers' funds in trouble, destroys the reputation of the very constructive field for many years, and forms a new risk of credit infection that may not be discovered. This event recalled the collapse of MtGox in 2013.

In this confusion, it is important to know that the digital currency space is a free market, and this event represents the failure of a trusted centralized entity, rather than the failure of the underlying encryption algorithm. Bitcoin has no way to rescue the market. The forest fire of deleveraging the entire market will eliminate all excessive speculation and malfeasance, although this process will bring great pain. With the renewed concern for the stock certificate of the exchange and the promotion of self custody, the market will recover, repair and become stronger in the coming months or even years.

Influence of FTX Event on Miners and Mining Industry

In addition to affecting the whole cryptocurrency field, FTX may also have some substantial impact on the mining field.

1. Mining economy may continue to be affected

Bitcoin miners will undoubtedly bear the risk of bitcoin price adjustment. The contagion effect caused by FTX affects the currency price, which has pushed the currency price down from $21000 to the bottom of $15900. The current price is $17400.

The economic benefits of Bitcoin mining are at the lowest level in history. Long before the FTX situation emerged, some miners were in debt. If Bitcoin prices remain at the current level, it is likely to lead to the collapse of the field. But interestingly, Bitcoin's calculation rate is still close to the historical high, which shows that miners have not responded to the sluggish mining economy according to the way of shutting down the mining business.

Even so, after the market environment is stable, the currency price may still "flip". When the price of Bitcoin drops rapidly due to the unique contagion effect of cryptocurrency, its price cannot remain depressed for a long time. We have seen that the currency price has climbed from 15900 dollars to 17400 dollars in a few hours. Once the market situation is stable, it is likely to rise to more than 20000 dollars.

Many mining enterprises have rich outstanding loans from Blockfi, a cryptocurrency credit company. In this summer's chaotic cryptocurrency market environment, Blockfi is facing serious financial risks. It is FTX that saves it.

The collapse of FTX will undoubtedly affect Blockfi. The actual impact on the outstanding loans of Blockfi is also very uncertain. However, I don't think this will affect the settlement situation of mining enterprises, because it is the borrower of Blockfi. Once Blockfi falls down, not only the loan may not be withdrawn, but the mining enterprises may also need to pay the loan service fee. But it is still that sentence, which is full of uncertainty.

3. Sam Bankman Fried will not assist any encryption mining enterprises

Sam Bankman Fried used the bear market to establish the reputation of "the first aid". He not only saved Blockfi and Voyager, but even revealed to Bloomberg in July that he would also consider acquiring 5 struggling Bitcoin mining enterprises.

Sam Bankman Fried desperately tried to stop this epidemic that was rampant in the cryptocurrency market. He pointed out that crypto mining enterprises may have made some "contributions" to the current situation, and some mining enterprises are now starting to use mining machines to carry out mortgage loans.

However, at present, his existing ability does not allow him to help other bitcoin mining enterprises.

Speaking of this, I believe you have a certain understanding of the impact of the FTX incident on miners and mining industry. In general, the situation of FTX is a trouble. It has seriously affected the cryptocurrency market, which is reflected in the sharp fall in the price of cryptocurrency and the imminent collapse of the cryptocurrency field. However, Bitcoin is not directly affected by it, and there is no fundamental change in Bitcoin itself. For miners, the only impact is the decline in the currency price. The audience of Bitcoin will continue to expand. No matter what the greedy third party (exchange) in the cryptocurrency industry does, Bitcoin miners will continue to mine.

How does the FTX incident affect miners and mining industry?